Centro de Estudios Publicos (Center for Public Studies) – CEP, is a private, non-partisan, non-profit academic foundation, founded in 1980. The Center is a forum to discuss the issues and problems that affect the Chilean population. CEP plays a leading role in fostering a national debate on issues ranging from developments in the social sciences to concepts and values that support a free social order.

CEP does not focus on specific activities. Rather, special projects are conducted every year, depending on the changing needs of the Chilean population. These include debates, workshops, and lectures, which are attended by academics, university students, businessmen, government authorities, politicians, and the general public. The Center also develops long-term projects. The most significant of these is the public opinion program.

CEP’s National Public Opinion Survey is an academic study whose aim is measuring political, economic and social attitudes, values and beliefs of all Chileans. Its purpose is measuring preferences, needs and worries of Chile’s population and thus providing accurate and reliable information to the main political actors of the country, necessary for a correct decision-making in different areas of national interest. In this way, this public opinion survey serves as a bridge between the Chilean population and those who are interested in understanding it, thus contributing to the strengthening of democracy.

CEP is financed by the sale of publications, membership dues, and contributions from private firms. 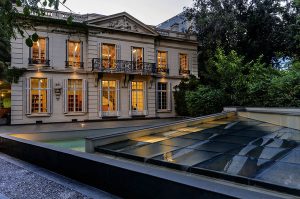